The role of politicians in our security of supply 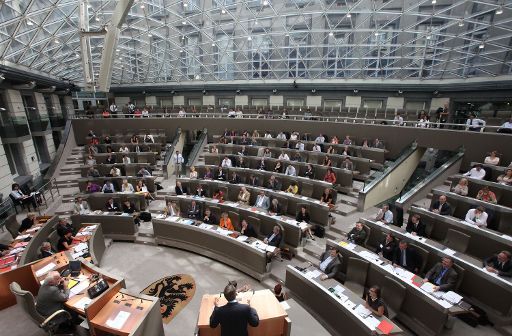 Everybody agrees that Belgium has a problem with its electricity system, but unfortunately there is no such consensus about the solution. This article describes the role of politicians in ensuring the capacity adequacy of our electricity system.

Are politicians to be blamed for the current problems?

Before coming to solutions, it’s important to formulate possible causes of the current problems. The following section identifies some key areas where politicians could have done things better.

Secondly, the uncertainty perceived by investors increased dramatically due to ever changing policies, thereby reducing the investments. As the International Energy Agency (IEA) phrases it: “[ ] markets in which prices are set both by competition and by regulation are very uncertain sources of financial return [ ].” This investment challenge was already recognized by the commission energy 2030 and an earlier review of the Belgian policy by the IEA. The changing timeline of the planned nuclear phase-out is a perfect example of the inconsistent Belgian energy policy.

In order to improve the security of supply, the Belgian government has adopted a capacity mechanism, creating strategic reserves in which old plants get paid to remain available. However, this implies there is little incentive for investments in new generation capacity.

Finally, the IEA noted that there is a complex fragmentation of the energy policy between different governments, adding barriers for new investments.

The most important action politicians can take, which was suggested by the IEA and the commission energy 2030 as well, is creating a stable, long-term framework to reduce the uncertainty. Since investments are sunk for tens of years, investors need to know what to expect in the long term future. Apparently the Belgian government has understood this, since they are trying to create an ‘energy pact’.

When designing this long-term framework, a reform of the current market design should be considered as there are several indications that the current design isn’t capable of incentivizing the correct investments.

Another, more delicate point is the price received by generators to produce electricity. These days, it’s on average about $70/MWh and the IEA thinks this is too low to incentivize new investments. They estimate that prices of about $90/MWh are needed.

Also the capacity mechanism should be revised as the current Belgian mechanism seems more like a ‘quick fix’ rather than a long-term plan. It aims to preserve existing power plants, which otherwise would have closed. It doesn’t give incentives to invest in new capacity, nor does it provide a solution for operational power plants which have financial difficulties.

Finally, the issue that is perhaps even more fundamental than the four aspects mentioned here, is that changes must be consistent. It’s clear that changes in the market structure, the pricing mechanism or additional sources of financing introduce extra uncertainty, so they should be addressed in the long-term energy pact.

The three last remarks, the market reform, the price and the capacity mechanism, are closely intertwined. In a liberal, competitive market, the price is equal to the marginal (variable) cost of generation. As the figure below shows, this price doesn’t allow full cost recovery (which requires prices that also cover fixed and other costs). Especially in the coming decades the fixed costs are expected to rise due to the high penetration of renewable energy sources (RES) which have high fixed but very low variable cost. (Federal Planning Bureau 2014b, c). Therefore, the price mechanism might have to be changed to get prices that are high enough to allow cost recovery. Evolution of the average production cost of electricity [€2010/MWh]

One of the goals of capacity mechanisms is exactly to address this market imperfection by giving an extra income to power plants to cover their fixed costs (they have to available but they don’t produce). If the price mechanism will remain the same, the low variable costs of RES will further push the price of electricity down. Therefore, it seems likely that a sound capacity mechanism will be needed to allow cost recovery for back-up thermal generation.

Therefore, the exact nature of the capacity mechanism depends on the pricing mechanism and the generation mix (and potential other goals of the mechanism such as increasing the installed capacity or diversifying the fuel mix). Tons of research has been done, now it’s time to use this knowledge to design a capacity mechanism able to give incentives to private parties to invest according to the general principles of our future power system as mentioned in the long-term energy pact.

Politicians play a crucial role in the energy market because they create the framework in which the liberal market can operate. Therefore, to guarantee a firm security of supply, they need to create an environment in which private parties are willing to do the needed investments. By consistently decreasing (long term) uncertainty, reforming the market, increasing the prices and introducing a sound capacity mechanism, they could send a clear signal to private investors, who in turn can act to ensure the capacity adequacy.

Before the liberalisation, the (national) energy companies had long-term (over 10 years) plans to coordinate their investments in order to get a cheap and reliable power system. Today we need an equivalent of these plans to synchronize all decisions and investments by the different actors.

* Belgium is part of the NWE (North Western Europe) zone. Market operators and transmission system operators in NWE-countries cooperate closely. Price caps are common for the entire NWE-zone (-500 to +3000 €/MWh)

This website uses cookies to improve your experience while you navigate through the website. Out of these cookies, the cookies that are categorized as necessary are stored on your browser as they are essential for the working of basic functionalities of the website. We also use third-party cookies that help us analyze and understand how you use this website. These cookies will be stored in your browser only with your consent. You also have the option to opt-out of these cookies. But opting out of some of these cookies may have an effect on your browsing experience.
Necessary Altijd ingeschakeld
Necessary cookies are absolutely essential for the website to function properly. This category only includes cookies that ensures basic functionalities and security features of the website. These cookies do not store any personal information.
Non-necessary
Any cookies that may not be particularly necessary for the website to function and is used specifically to collect user personal data via analytics, ads, other embedded contents are termed as non-necessary cookies. It is mandatory to procure user consent prior to running these cookies on your website.
OPSLAAN & ACCEPTEREN